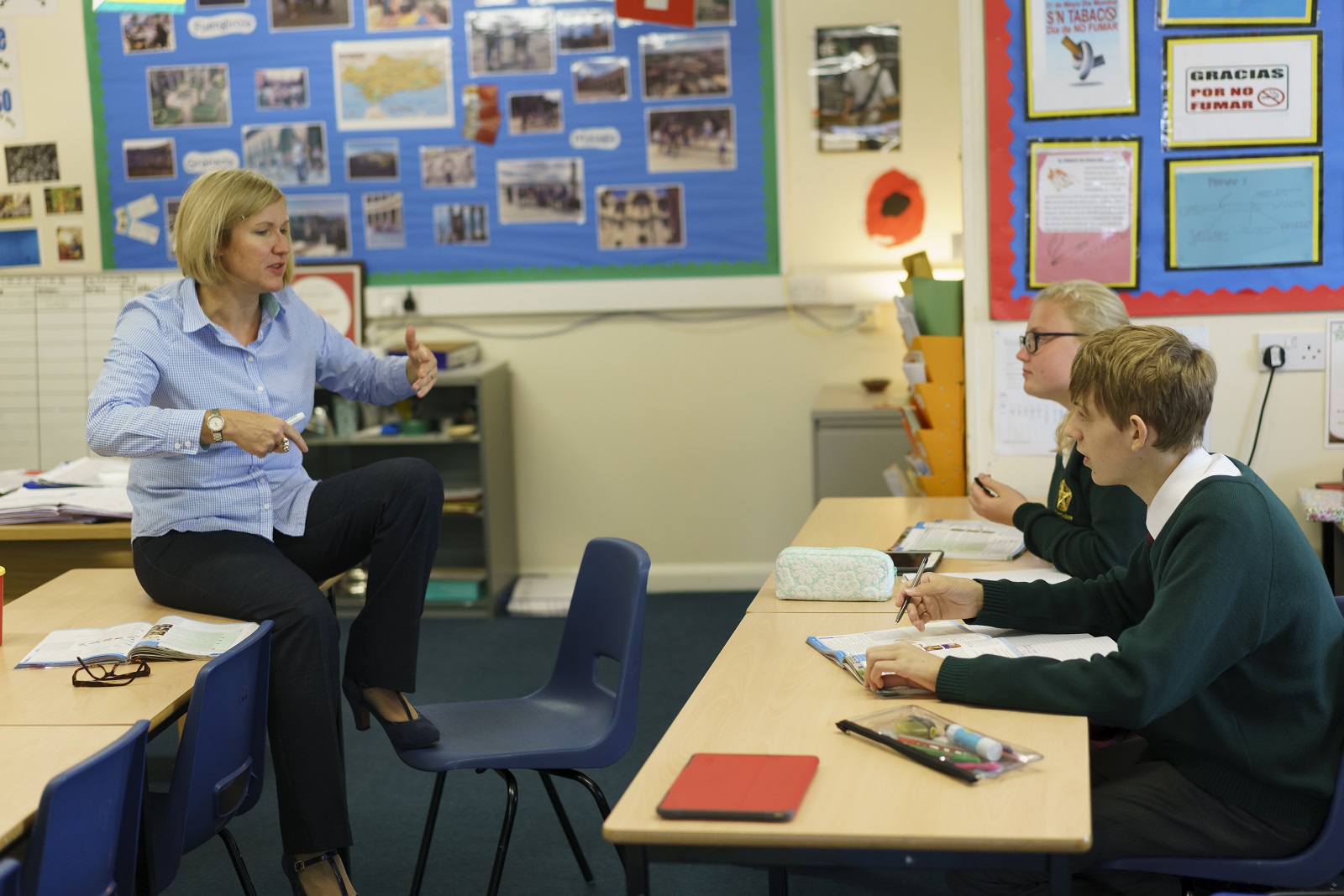 We introduce languages early, in KS2, and give our young pupils access to three different languages, one per term, to enable them to have the broadest experience possible and to acquire a love of expressing themselves in another tongue. We currently offer a term of Spanish, French and German or Italian. Pupils learn a great deal about the culture of the countries studied, and particularly enjoy finding out about different traditions. Wherever possible we include a lesson exploring different foods of those countries.

As pupils move into KS3 we offer them Spanish in year 7 and we build upon the confidence that pupils have developed in the Prep School. Pupils thrive in a nurturing environment which allows them to participate in a great variety of different activities such as songs and games to help them to lose the fear that often accompanies the learning of languages.

In Y8 pupils continue their study of Spanish. Every two years a cultural trip to Spain is offered, in order that pupils have the chance to use the languages that they have learned and to experience the culture of Spain at first hand. Recent destinations have included Andalusia, Barcelona and Madrid. During Easter 2018 a group of pupils will travel to the Gredos Centre near Madrid to take part in a variety of activities, such as archery and cookery, all conducted in Spanish.

In KS4 there is the option to study Spanish to GCSE level. The GCSE introduced in September 2016 allows pupils to develop their spontaneity in the language and enables them to interact in a great range of situations. Through our membership of Round Square it is possible for a Spanish linguist to spend a month during the summer at our partner school, Markham College, Lima, Peru and to stay with a Peruvian family – an amazing opportunity in both language terms and in personal development.

Our sixth form offers pupils the chance to study the culture of Spain in greater detail. Through films, literature and a study of Spain’s history students are able to pursue independently their own areas of interest. The eco-trip to Costa Rica which we offer every two years at Easter permits pupils to enhance their Spanish and simultaneously to increase their understanding of the environment and our impact upon it.

During their time within the MFL department pupils will not only develop high-level language skills but will broaden their knowledge of the wider world and increase in confidence, enabling them to communicate with self-assurance in any situation in which they should find themselves.