Share to FacebookShare to TwitterShare to EmailPrint this page

Abbotsholme School is assisted in the governance of the school by the Achieve Advisory Board comprising the Directors and individual advisors, selected for their range and depth of educational expertise: 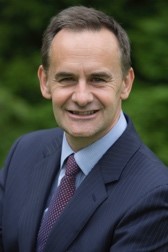 Mike began his career teaching Economics and Business at the Godolphin School in Salisbury. He took up the position of Assistant Head at Headington School in Oxford in 1997. In 2003, he was appointed as the Principal of Kilgraston School in Perthshire, transforming the school to achieve the highest growth rate within the sector.  In November 2011, Kilgraston gained national recognition by being named the UK Independent School of the year.

Mike joined St Teresa’s Effingham in September 2012.  In the past few years the school has experienced dramatic growth (60%) and now has a roll of 640 pupils.

In 2016, Mike had the honour of Chairing the Boarding Schools’ Association and he was also a member of the Girls’ School Association board for several years.  He is also a governor of two independent schools and a member of the board of the British International Education Association (BIEA).

In May 2019 Mike oversaw the amalgamation of St. Teresa’s and a local independent school for boys, Cranmore (360 pupils).  As Executive Director of the newly formed charitable trust, Mike is now responsible for the two schools.

Mike has been involved with Achieve Education for three years. 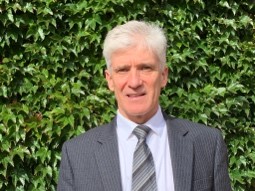 Barry is a skilled and adaptable Financial Manager, experienced in implementing and overseeing change within organisations.  Barry has 30 years’ experience gained in an international mining (De Beers Southern Africa) and education environment.

He started his career teaching Economics and Accounting for 2 years and then moved into the financial sector. In 2000 he joined Kilgraston School and was instrumental in the transition of the School to an independent trust and turning the school’s financial position around into one of profitability. This was recognised at the Independent School Awards 2011, with Kilgraston winning the prize for Outstanding Commercial/Financial Initiative.

With a proven track record of exceeding performance expectations, remaining customer focused and adhering to budgets and timescales Barry has the ability to bring about the fundamental changes needed in response to changing commercial, legislative and financial factors. He has strong strategic vision, along with extensive international marketing and pupil recruitment experience. 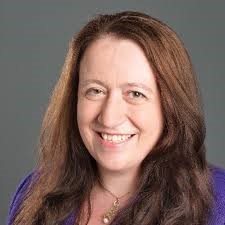 Helen is a highly experienced and extremely well regarded educational leader and international coach of leaders. She led high achieving schools in the UK and Australia for over 13 years, and helped to transform them and their wider communities into ambitious places of learning and personal development.

Helen has been involved in boards for almost two decades and is a Director and Trustee of several boards in the UK, Hong Kong and Australia. Based in Edinburgh, Scotland, she chairs 2 national charity boards in the UK, and is particularly experienced in identifying opportunities for greater diversity of thought on boards. She has worked with boards to develop practical recruitment and board support processes, resulting in better governance.